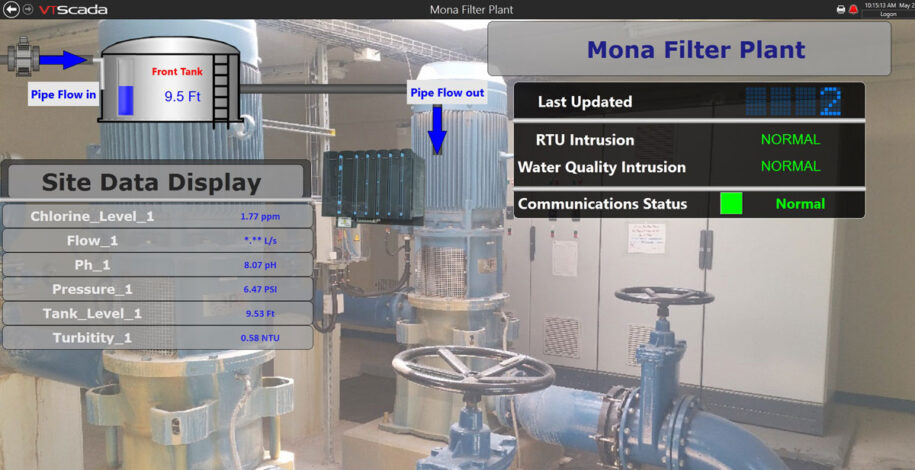 The Jamaica National Water Commission (NWC) supplies 190 million gallons of potable water a day to about two million people across Jamaica. Steady growth in the industrial sector has led to new residential communities in St. Andrew, St. Catherine, and other parishes across Jamaica.

In mid-2017, Star Controls was tasked to implement a full Supervisory Control and Data Acquisition (SCADA) system that would eliminate the need for operators to travel to each site to ensure readings and visually inspect equipment.

The initial project, commissioned in 2018, uses VTScada software to monitor Motorola ACE3600 units at 19 remote sites. The Commission keeps expanding the SCADA systems to other areas, including its Wastewater collection sites. The Commission plans to expand the system in the near future significantly.

Star Controls covered every aspect of the SCADA system, including software, hardware, instrumentation, wireless network, training, and integration with hydrology modeling for NRW.

The system is running on redundant servers at two remote locations. Up to the second synchronization of historical, alarm, and configuration data provides a complete off-site disaster backup of the application and history. VTScada’s driver Multiplexer tag also allows the application to seamlessly failover to redundant Motorola ACE3600 units at each remote site.

“Prior to having SCADA system, crew members had to go site to site to ensure readings and to visually inspect if there was flow of water at sites that reported issues. Failure of equipment was noticed just when there was a complaint on the quality of the water supply.

Star Controls has been instrumental in the processes to have in place the most advanced and reliable SCADA system. The SCADA system is also playing a major role in feeding our advanced Non-Revenue-Water (NRW) Hydrology system. The NRW system is part of a nationwide effort to reduce the water losses and improve the quality of service.

We are looking forward to continuing working with Star Controls to improve our operations.”

StarCS provides Cloud SCADA with features and flexibility that you can find only in Traditional (Self-Hosted) SCADA. StarCS serves different applications in Water, Wastewater, Environmental Monitoring, and Mission Critical such as Storm Water.